Hey there!  I’m finally getting around to writing part 2 of my Peruvian adventure (It’s a little long so feel free to break it up into multiple reads, if not get comfortable!)

People have been asking about my ‘other’ experience down in Peru.  I’ve shared my impressions of the the mountains and the jungle, the stories of the friendships I made, but haven’t yet discussed the main event(s) of the trip.  Taking a walk on the wilder side and joining in ancient ceremonies conducted by Shamans, and experiencing what indigenous tribes have been doing for centuries in the Amazon.  This was going to be an awakening for sure.

I’ve known several friends that have gone down for Ayahuasca/San Pedro ceremonies and had done some research (though a very little) so felt at least safe in what I was doing, yet I was still filled with nervous energy.  As much as I wanted to read up on it, I also was actively staying away from too much info- didn’t want to take much into the ceremonies by way of expectations, knowledge etc that would have an effect on my experience- I was there seeking inspiration and was open to whatever the universe had to tell me.

The 4 medicine ceremonies I participated in were (in order) Huachuma (San Pedro), Nunu, Kambo, and the grand finale- Ayahuasca.  The San Pedro was in Cusco while the rest were at the Adventure Center in the Amazon… Here goes!

‘Drinking the energy of the universe, Breathing along with the Cosmos, With each breath I am reborn into a brand new existence…’

Huachuma is a medicine made from the San Pedro cactus- a member of the Peyote family (yes, that Peyote).  The psychoactive ingredient is Mescaline, so I knew I was in for a ride.  Keep in mind that I’ve never done ANYTHING even mildly psychedelic before (No mushrooms, no LSD…) and my experience with drugs in general is pretty minor league, with the occasional brownie or funny cigarette pretty much being the extent of it (sorry Mom and Dad!).

This ceremony took place at the ‘Mountain House’ in Cusco, a property owned by a South African family (lady and 2 sons) who have been ‘in the business’ for pretty much their whole lives.  There were around 20 of us total, some from Pulse Tours and some that were just in Cusco and found their way up as well.  We all met in the maloka and introduced ourselves.  After some explanation as to what the day would entail, one by one we made our way up to the shaman, Luis, for our San Pedro.  After being presented with my GIANT glass of this stuff (everyone received different amounts based on their body size and also the energy they were giving off), I went back to my mat to drink my first ever ‘plant medicine’.  I was a little nervous, anxious, yet also excited as here I was WAY out of my comfort zone, with new friends and a new life experience right around the corner.  I can’t say this was the best tasting drink I’ve ever had- it was bitter and had the consistency of egg yolk and castor oil- and I essentially had a pint of it!  But, I got it down and went outside into the garden to await the experience…

I’ll say this, I loved everything and everyone for about the next 8 hours!  Life has never been more beautiful, we had all followed the Mad Hatter down the rabbit’s hole into Wonderland…   I was connected to the earth, the sky, the sun, and all the people who were there with me.   We laughed, talked, drew pictures, sang songs, etc- although I wasn’t a part of the hippie movement of the 60’s and 70’s, this is what I imagined it was like, just lots of love and connection with everyone and everything.  We hung out in the garden enjoying life for around 3-4 hours and then it was time to go on a hike up to the top of another nearby hill where the view was said to be amazing.

The doors to the outside world opened and immediately we were greeted by 50 passing sheep!  In the mindset we were in, this was a pretty amazing treat.   A quick visual to give you some context.  We were pretty ‘high on life’ and following a man named Simon up a mountain.  Now Simon, who was facilitating the ceremony with Luis, was a very nice man, very into plant medicine and the overall experience he was sharing with us.  Yet here he was, wearing a leather jacket and kinda funny outback-style cowboy hat, and had now produced an umbrella that had looked like it had been through one NYC storm too many, leading us like the Pied Piper up to the top of a mountain… Unreal.  Along the way, he showed us the Temple of the Moon (an Incan worship site dating back over 500 years), an Incan ceremonial ‘Star Gate’ which would allegedly transport the worthy across dimensions (I gave this a shot and felt like I was in the Millennium Falcon jumping into hyperspace) and ultimately up to one of, if not the most scenic spots I’ve ever been to.  We all found our own places to sit quietly and take in the amazing views.  You could literally see for a thousand miles- the sky was clear, the mountains were amazing, life was pretty magical.  Simon led us through a mediation which was to honor the sun, invite its energy into our souls and then for us to shoot some positive energy back out into the world.  It was such a special moment in time.  Once again I felt incredibly connected to the universe, the sun, the earth, and everyone I was with- I was filled with light.

We then hiked back down the hill and then up to the top of the Temple of the Moon.  You could feel the cosmic energy radiating from the ground below.  We were in a sacred spot, a universal energy portal, where many had come to worship, learn, celebrate etc many centuries before.  It was like you could feel the pulse of the Earth here, it was something I’ve never felt before.

The ceremony was winding down so we made our way back to the Mountain House where a bonfire was awaiting us.  We all were chatting about our experiences, the thoughts we had, the impressions we’d take away.  It was only one day spent with some of these people, but it was an incredible bonding experience and some very deep connections were formed.  Those that weren’t spending the night up there (we were) headed back down to Cusco while the rest of us enjoyed a dinner together followed by more time chatting about life around the bonfire (with toasted marshmallows) and then some time just laying in the yard looking up at one of the clearest skies full of stars and planets that I’ve ever seen.

Sleep didn’t come that easy for any of us that night, I think our brains were still quite alert after the day’s experience.  I thought a lot about the day and how it was pretty much the first chapter in this journey I was undertaking.  I’d made new friends, tried new things, and gotten well away from my comfort zone.  I felt tired, yet my soul was enriched, inspired, and excited for the things that were yet to come.

I decided that I’d try my best to make the pilgrimage to the Mountain House every year to once again connect with the beauty of the universe, of life, and to give my spirit a burst of energy.  Huachuma was the catalyst to such an amazing day, though the taste could use a little work, the effects were undeniable.  You become one with everyone and everything around you.  My first experience with plant medicine was an amazing success, I was looking forward to what was next!

Though I didn’t take any pics during ceremony, Peter may have snapped one or two so I’ll toss photo credit his way…

Part of the garden, spent a lot of time within those pink curtains… 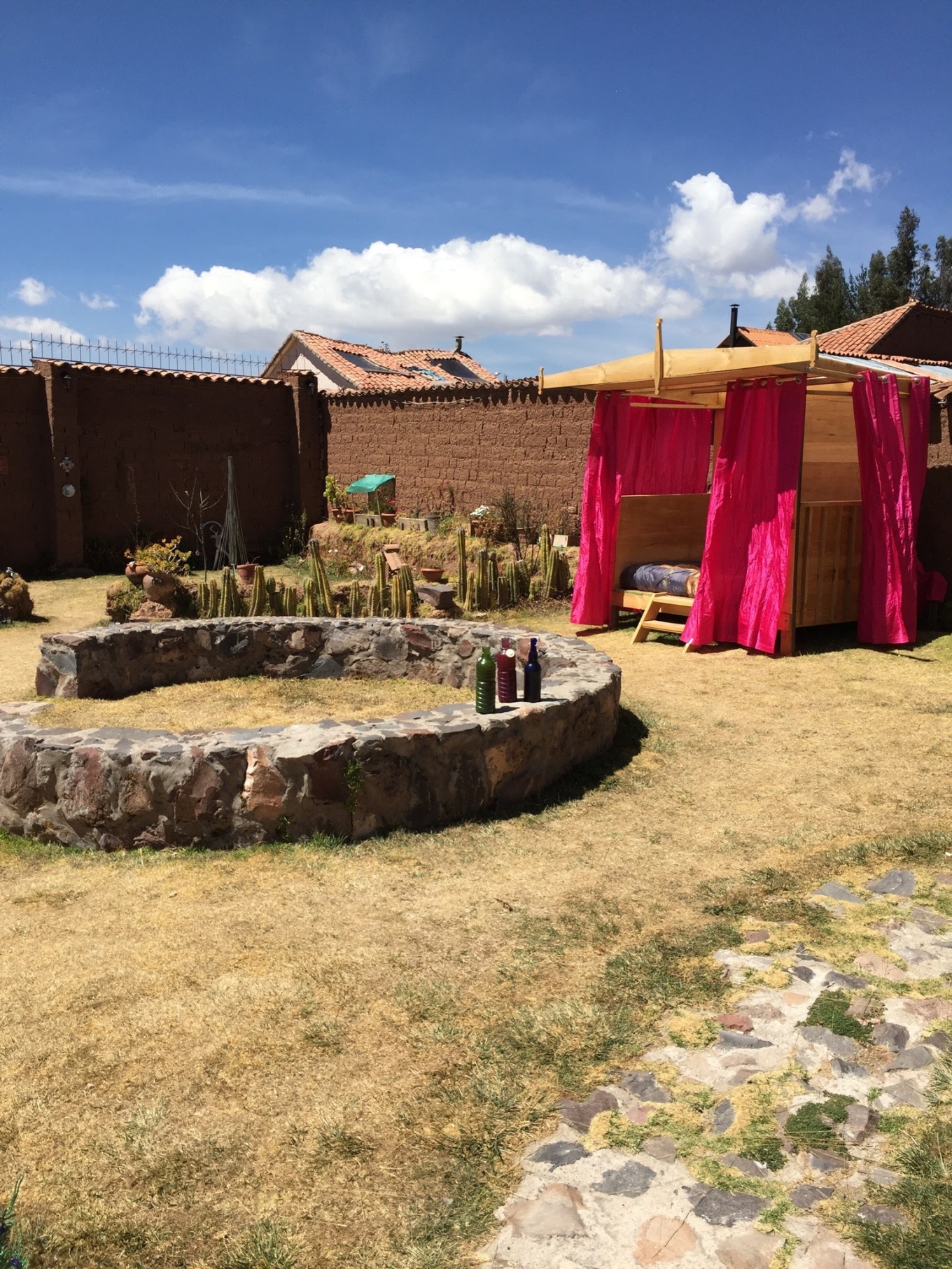 The Incan Trail, leads all the way to Machu Picchu (a 4 day hike later) 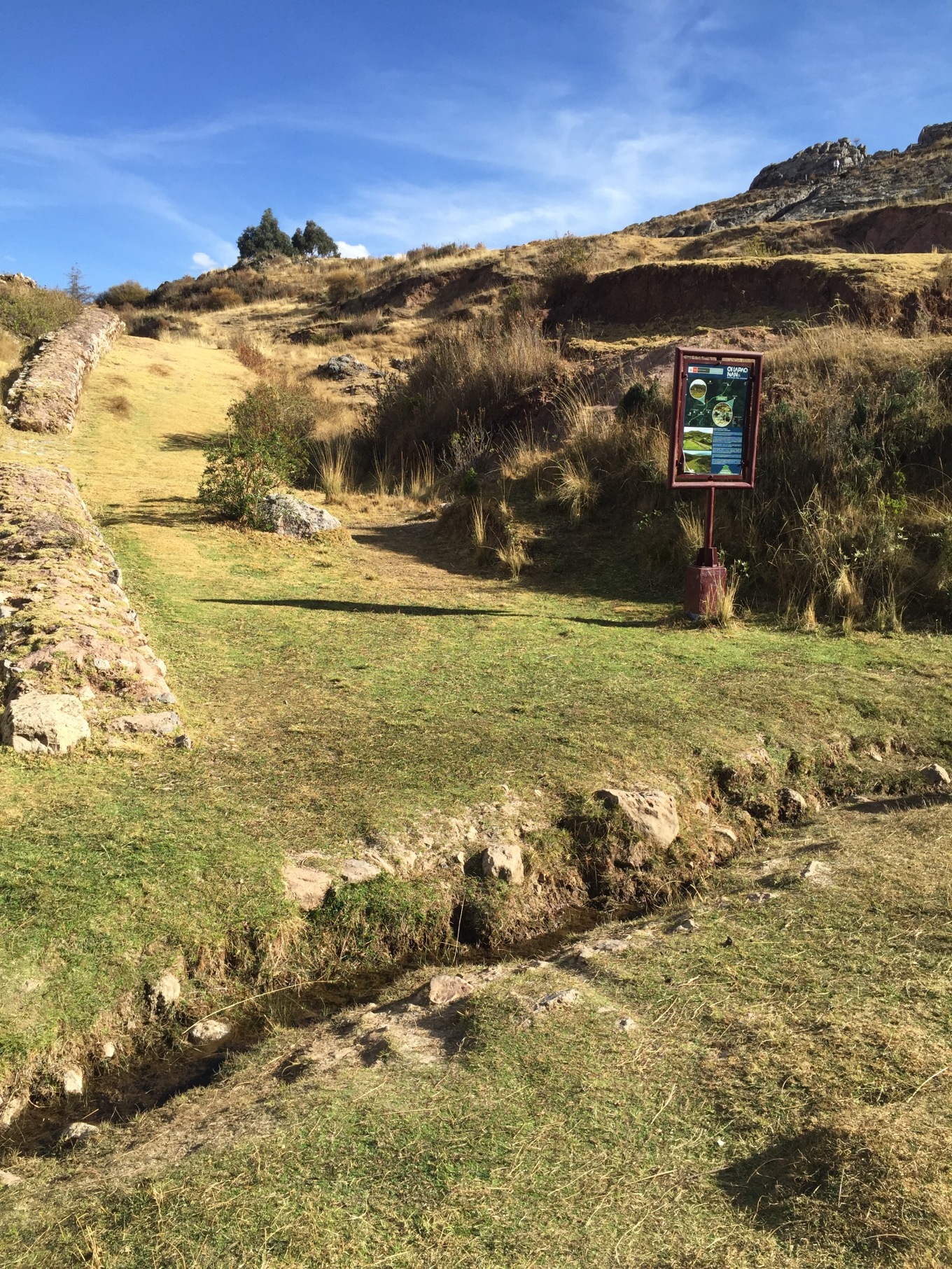 Sunrise hike the next morning…

Will keep this updated with a rotation of favorite quotes:

“Train yourself to let go of everything you fear to lose...”
- Yoda, Star Wars Episode 3, Revenge of the Sith”